HomeHomesteadingStepping Up to a 100-year-old Treadle Sewing Machine

Stepping Up to a 100-year-old Treadle Sewing Machine

Stepping Up to a 100-year-old Treadle Sewing Machine When I was young, I’d watch in fascination as my mother used her treadle sewing machine (a late 1800’s Singer that belonged to my great-grandmother) to fashion all sorts of clothing, blankets, couch covers and schoolbags.  I’d sit on the floor and watch as her feet deftly pedaled fast on the straightaway and then slowed as she rounded a curve or reached an end.

Built before electricity, the heavy Singer emitted a peaceful clicking sound, interrupted only when the ancient leather belt flew apart. Mom would stop pedaling, rejoin the leather ends with a bent nail and bit of tape, and resume sewing. Without realizing it, I was learning much about mechanical advantage just by watching my mother sew. Finally, at age 11, I was allowed to use the machine myself. What a thrill to pick out a Raggedy Ann pattern at the Ben Franklin store in town for my first project. The fabric, buttons and stuffing came from my mother’s scrap box – what she called “glad rags.”  They may only have been faded remnants of former garments, but she was “glad to have them.”

To make the dress ruffles, I used the Singer gathering attachment. Embroidering the facial features called for bolting on another ingenious gadget. I followed the directions in the yellowed manual, eventually trying out each attachment as I completed Raggedy Ann.

As a teen, I made clothes for myself or modified straight-legged jeans by adding jumbo triangles of gaudy fabric or bandanas to transform the pants into bell-bottoms. It was the 70’s. What can I say?

After a car, my next big investment as a young adult was a New Home sewing machine that could form buttonholes and even had some extra fancy stitches (that I never used). I just plugged the machine in and away I went, consuming a million miles of thread over the years as I crafted curtains, quilts, clothes and even a boat cover or two. Nothing compared, though, with the satisfaction of sewing with that antique treadle machine. I quickly surmised the whir of an electric motor is impersonal and challenging to control. But, I grew up being told technology is better. My mother, too, gave her treadle to a neighbor and then bought a modern plastic and tin sewing machine. At least her treadle did not end up in the city dump with so many others.

On our journey to self-reliance, we’ve been gathering human-powered tools when we can find them. It’s surprising how quickly hand- and foot-powered tools were abandoned when electricity became available. From 1850 to 1890, more than 100 apple-peeling devices were patented. Then the peeling inventions ceased, except those running on electric power. And so it goes with thousands of other nifty human-powered appliances.

I drove by a fix-it shop recently and couldn’t believe my lucky find – an antique stainless steel hand-cranked washing machine sitting out front. I zoomed in the parking lot and ran over to the washer, only to discover petunias blooming in the rusted basin. Our search for old-fashioned tools intensified last year as Darren worked on another invention – a pedal-powered PTO. The original intent was to develop a device that could pump volumes of water from our well, not the measly 2 cups per stroke a common hand pump yields.

Once that was accomplished, Darren decided the PTO had so much more potential than just pumping water. So, he set it up to operate our grain grinder and a low-RPM alternator for charging batteries. Now, we’re continually thinking of other tools around here that can be adapted to the PTO (the drill press, metal grinder, band saw). Ultimately, all this led to the WaterBuck Pump.

Meanwhile, I continued searching for an old treadle sewing machine like my mother had.

Finally, we found an abused White Rotary treadle machine at a Springfield thrift store for $60. Even though I was discouraged by its neglected condition (I didn’t even take a picture of it), I was eager to get it home and start refurbishing. I wasn’t interested in beauty; I just wanted a working treadle machine.

The machine appeared (and smelled) as if it was stored in a chicken coop. The battered cabinet was broken in places and the hand wheel stiff to turn, but we rolled up our sleeves and got to work. Darren replaced or repaired the busted boards while I disassembled, oiled and cleaned the machine. I took a few photos only so I would not forget how to put it back together. As we worked, we marveled at the quality craftsmanship. Online copies of advertisements reveal that this machine was built to be affordable for the average household, costing about $55 new in 1913. Yet, the cabinet has in inlaid ruler, handsome curved drawers and detailed wrought iron stand. The machine is adorned on every side with golden decals.

Darren was especially intrigued with the precise machine work. After cleaning and oiling the treadle in the shop, he gave it a few pumps to get it spinning and then came in the house to fetch me. We went out and saw the flywheel still silently turning minutes later, perfectly balanced and smooth.

Between the two of us, we had the cabinet and machine looking and running like new in no time. As soon as my new leather belt arrived from Amazon, I was sewing.

First, I made a cover of old drapery scraps to hide a broken cinder block that we sit the Berkey water filter on in the kitchen.  Total project cost: $0.

Next, I recovered an old glider rocker I found at the thrift store for $15. I didn’t take any “before” photos because, once again, I wasn’t even sure Darren would let me put that ugly thing in the house.  The cushions were worn, stained and coated in pet hair.  I ripped them apart and washed the foam padding outside in a tub, and then traced them onto some new, heavy upholstery fabric (another thrift store find). Meanwhile, Darren tightened and glued the chair and matching foot stool.  If not for the foam taking so long to dry, the entire project would’ve been completed in a few hours.  Still, I got a super comfy chair (I always wanted a rocker!) and stool for less than $20.

With the mundane chores behind me, I had a blast sewing an outrageously colorful quilt, and even used the treadle to quilt the fabric. My shoulders got a workout handling all that fabric, but what fun!

That hundred-year-old White ran like a champ through several layers of HEAVY fabric without skipping a single stitch.  It took a while to get used to rotating the wheel away from me when I start out.  It’s sort of like learning to drive on the opposite side of the road, but I got the hang of it.

While I treadled along, I thought of the lucky housewife who got the White Family Rotary sewing machine new in 1913 or so.  I’m sure it was a treasured investment and lovely addition to the home décor.  It certainly is around here.

Prepper Mindset – The Will to Abide

Back to Basics: Avoiding Conflict When SHTF Where To Hide Your Food In A Crisis 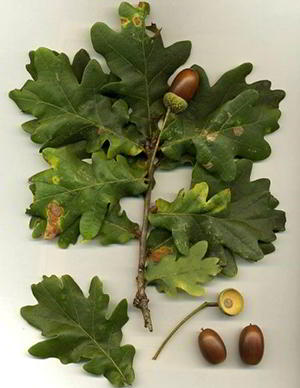 How to Use Acorns as Survival Food The Supermarket of the Swamp